How to Invest in Emerging Markets

Desember 05, 2017
What are the risks facing emerging markets this year? And will investors who venture in be rewarded? We reveal the funds to add to your portfolio 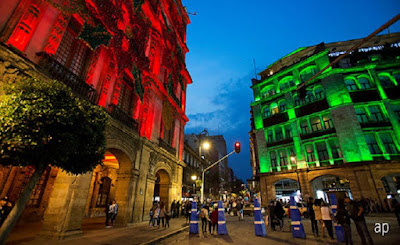 After a strong 2017, emerging markets are on course for further gains in the coming 12 months and beyond, but, as ever, it’s going to be a bumpy ride, warn analysts.

But emerging market equities still appear cheap relative to history and other regions. That’s because they are currently recovering from a low base. The commodity price slump between 2013 and 2015 meant the index saw negative returns three years running.

Now, Russ Mould, investment director at AJ Bell, notes that emerging markets overall are trading at around 1.7 times on a price/book basis, compared with cyclical peaks north of three times.

Still, investing in emerging markets is not for the faint hearted and should only be done with a long-term time frame in mind.

As ever, politics will also weigh on emerging markets. There are elections in 20 different countries including Russia, Mexico and Brazil. While the result in Russia shouldn’t spring any surprises, Paul Greer, senior trading for emerging market debt at Fidelity, expects “heightened uncertainty and asset price volatility”.

Then there’s China, where a hard landing is still possible, though most economists do not expect this to happen.

Most are still positive on the region. Jan Dehn, head of research at Ashmore, isn’t worried about increased volatility going into elections. He says any extreme mispricing of assets will offer opportunities for investors to outperform the markets.

Tom Wilson, head of emerging market equities at Schroders, forecasts an aggregate growth rate of 4.9% in 2018 – in line with 2017.

A rebalancing in the make-up of the largest companies in the emerging market universe, from commodity-based firms to technology giants, should help with gains.

While no fund in the Investment Association Global Emerging Markets sector currently holds a Gold Morning star Analyst Rating, there are five rated Silver, three of which have four-star performance ratings.

One of these, Aberdeen Emerging Markets, had a “test of character” in 2017, according to Morningstar analyst Mark Laidlaw. It underperformed the MSCI Emerging Markets index by a fifth. This was because the fund is underweight tech names due to the team’s view on valuations and quality. It only added a position in Tencent (00700) in the third quarter of 2017.

Laidlaw still thinks there’s “plenty to like” about the fund, managed by Devan Kaloo, who focuses on quality firms trading at attractive prices. “Over the long term, it has done a strong job for investors.”

Again, there are no Gold rated closed-end funds and there is only one trust that Morningstar analysts rate as Silver; JPMorgan Emerging Markets (JMG).

The fund is generally overweight financials and consumer staples and underweight energy and materials. Morningstar analyst Simon Dorricott says it is a “high-quality offering”.

Februari 12, 2002
Just like most company owners, you have sacrificed and worked hard for many years to bring your business to where it is now.
However, do you know exactly how much your company is really worth and how do you proceed from there? Many business owners commit the expensive error of looking at their balance sheet to estimate their firm's net worth. The vital gage is to compute the difference between the Financial Value (past revenues) and the full Market Value (potential revenue in the future).
At present, public firms are grabbing so many Tokyo, Japan private firms like never before. Surprisingly, a third of those private firms bought by public firms all have below $5 million annual revenues. Moreover, almost 70% of private firms sold to public firms have annual revenues below $25 million.
DFS Associates is recognized as a trusted investment banking company worldwide, recognized as a leader in mergers and acquisitions, corporate finance, tax efficiency and divestitures, especially in t…
Posting Komentar
Baca selengkapnya

Why you can depend on DFS Associates Corporate Finance

Januari 15, 2002
DFS Associates is recognized as a trusted investment banking company worldwide, recognized as a leader in mergers and acquisitions, corporate finance, tax efficiency and divestitures, especially in the middle tiers of the private sector.

The firm’s financial experts possess a broad spectrum of experience and involvement in assisting numerous business owners in assessing, enhancing, improving and selling their businesses and minimizing Capital Gain tax payments. Clients will receive a one-of-a-kind mix of high-level Wall-Street capability and extensive middle-market know-how, derived through many years of direct engagement as entrepreneurs and as professional counselors to mid-sized businesses owners.
How Tax Minimization Can Help Save
In general, every country has a law requiring payment of capital gains tax must on any sales proceeds arising from the sale of property, securities, and other financial assets. In recent years, some of our top-dollar customers have earned considerable capi…
Baca selengkapnya